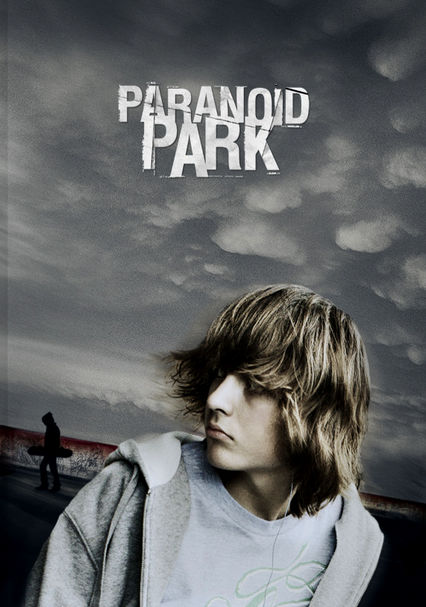 2007 R 1h 24m DVD
Late one night in a Portland skate park, 16-year-old Alex accidentally kills a security guard and chooses to keep it a secret. But guilt begins to take its toll on his relationships with his best friend, his girlfriend and his sanity.

Parents need to know that, despite its focus on skateboarding, this film isn't for kids. It includes a grisly death in which a man falls on train tracks and is cut in half (the imagery is vivid and upsetting). Themes are mature as well, including divorcing parents, teen sex, guilt, remorse, and a troubled sort of "getting away with murder." The one actual sex scene is very blurry and hurried (it's the teen characters' awkward first time). To fit in, a boy drinks beer. Some strong language, including "f--k."

Teen boys discuss sex: A girlfriend is a virgin and pressures a boy to "do it," a boy offers a "hottie" as collateral when he borrows someone's skateboard, and the teens talk about buying "more condoms" after their first sexual activity. The single actual sex scene is very blurry and close up; a girl's naked torso is visible (but blurry). You also see her back as she puts on her bra, and her thong is visible from the back as she stands.

The story centers on an accidental murder that's shown near the end in graphic images (a boy slams a security guard running after a train with his skateboard, the man falls under an oncoming train on parallel tracks and is cut in half, and his top half crawls toward the boy). At another point, the boy sees a photo of the man's legs and leaves the room to throw up. The boy hides his bloody shirt.

Following an accidental death, the teen boy responsible struggles with guilt and not being caught; skater kids are mildly disrespectful to a teacher and a detective; high school kids have (protected) sex; parents are distracted.

Boys discuss beer and carry bottles as they walk.