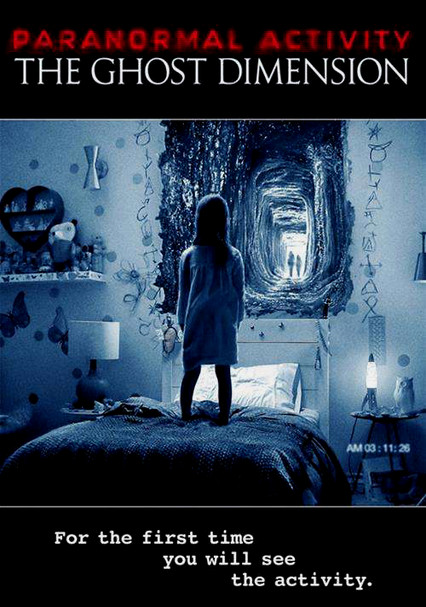 2015 R 1h 32m Blu-ray / DVD
More terrifying found footage takes viewers on a chilling ride in this installment of the hit franchise when the malevolent spirit returns for yet another supernatural rampage of horror and death.

Parents need to know that Paranormal Activity: The Ghost Dimension is the sixth (and final?) movie in the found-footage horror series that started strong but went downhill two movies ago. It has about the same levels of iffy content as the previous films: There are plenty of jump-scares, ghost attacks, and character deaths, as well as a young girl in peril. A woman is ogled and treated as a sexual object; there's also sex talk and sexual banter, as well as sex-related jokes and references to "porno tapes." Language includes fairly frequent uses of "f--k" and "s--t," plus "bitch" and "hell." Characters get high in one scene from eating some kind of drug-laced chocolate. Background drinking is also shown. It's not a good movie, but the franchise name alone will be enough to appeal to teen horror fans.

Though the characters seem like good people, bad things simply happen to them with no sense of fairness.

Xbox One seen in background.

Adults eat Belgian chocolate laced with drugs. One teases the other about being "so high." Background beer-drinking.