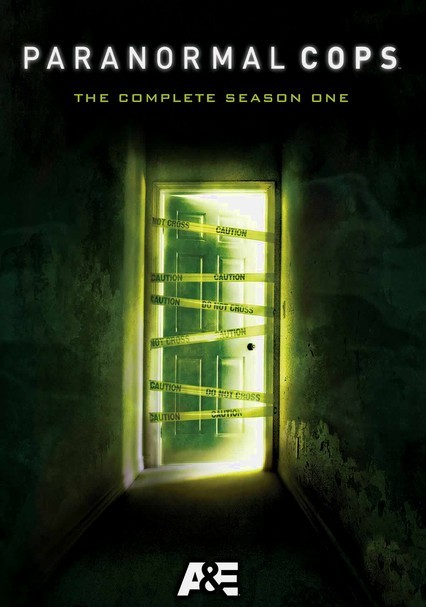 2010 TV-PG 2 discs
Regular cops by day and ghost hunters by night, the Chicago Paranormal Detectives utilize crime-solving techniques, forensic expertise and a talented medium to help real-life victims make sense of distressing incidents they experience. In the first season of this frightening reality series, the team looks into an unseen nighttime choking, inexplicable noises at a restaurant and a horde of spirits at a spooky banquet hall.

Parents need to know that this reality series -- in which a group of Chicago police officers spend their evenings investigating alleged paranormal incidents -- has all the creepy components that viewers have come to expect from this kind of show. And it takes the drama a step further by connecting the featured ghostly encounters with Chicago's historic criminal underworld. Discussions about violent deaths and criminal activity are frequent, and there are occasionally images of people who've been shot. Expect some "bleeped" swear words ("f--k," "s--t"), cigar smoking, and talk of demons and the devil. Teens who enjoy a good scare may find the series eerily fun, but it's too intense for young kids.

Many of the spirits are supposedly the ghosts of dead mafiosos and other violent people. Frequent discussion of violent deaths and descriptions of violent crimes. Occasional images of people with bullet wounds and other injuries.

The series doesn't have any overtly negative or positive take-aways, but some viewers may disagree with its stance that ghosts do exist and that people can communicate with them. Evil spirits and the devil are discussed; prayer is depicted as protective.

Sergeant Fabiani constantly smokes cigars. References to going to bars and having drinks.