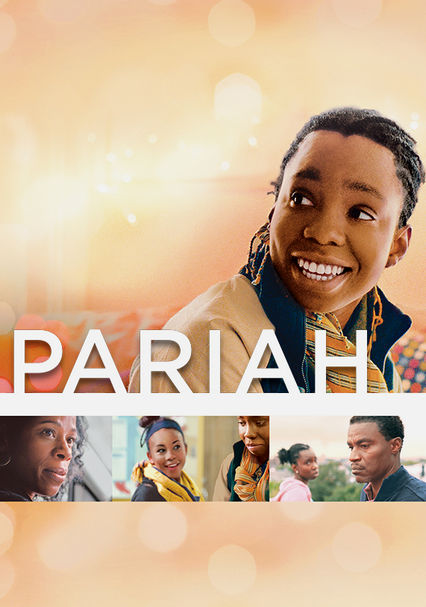 2011 R 1h 27m Blu-ray / DVD
Though she acts in a traditional, feminine way around her religious parents, Bronx teenage lesbian Alike comfortably expresses her sexuality among her friends. Eventually, her worlds will collide and Alike will have to fully embrace her true self.

Parents need to know that Pariah is a compelling coming-of-age story that shows what life is like for a teenage girl who's young, black, female, and gay. There are heartbreaking moments as well as make-you-think storylines, which include fairly mature subject matter -- including a "first time" love scene that may be too intense for younger teens (kissing, but no nudity). Expect plenty of forceful language (including the "N" word and "f--k"), some underage drinking and drug use (marijuana), and painful scenes in which the main character struggles to be honest with her parents about her sexual identity.

A young woman seduces a female classmate who has never had a sexual experience before (no nudity, but some kissing). Teenage girls ogle strippers at a bar. One scene shows a clothed woman wearing a phallic sex toy. A man is having an affair -- viewers don't see any of the trysts, but there are major hints -- but vehemently denies it.

A husband and wife argue loudly and sometimes viciously. Men leer and harass a young woman at a store. Some references to street crime; also, some characters are homophobic and refer to LGBT people with slurs.

The movie's most consistent message is that no matter what anyone says or who they are, you should be true to yourself. Determining who you really are and being able to be proud of that is a challenge, but it's worth it.

Underage drinking and pot smoking at bars, parties, and gatherings.