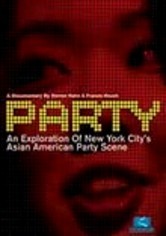 2006 NR 1h 27m DVD
In this engaging documentary on modern Asian-American culture, filmmakers Steven Hahn and Francis Hsueh explore Manhattan's Koreatown party scene as insight into Asian-American identity. Columbia University professor Gary Okihiro narrates and provides his expert commentary. The film also looks at the racially offensive spoof of "We Are the World" called "Tsunami Song" that aired on a New York radio station and its effect on Asian-Americans.