Passed the Door of Darkness 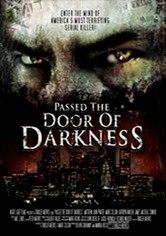 Passed the Door of Darkness

2009 UR 1h 40m DVD
As a serial killer claims one victim after another using a series of ingenious and gruesome booby traps, homicide cops Chris Malloy (Matthew Prater) and Murphy MacCasey (Mark Colson) find themselves increasingly desperate to end the psychopath's reign of terror. The cops are sucked even deeper into the twisted nightmare when the murderer uses Murphy's daughter to spring one of his lethal surprises. Peter Mervis directs this creepy horror film.