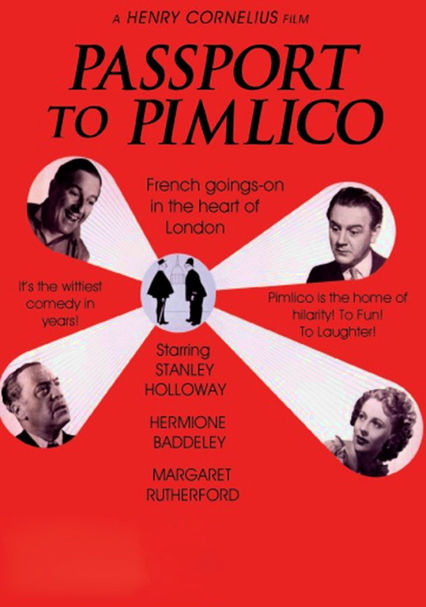 1949 NR 1h 21m DVD
A close-knit London neighborhood secedes from England in this remastered Ealing Studios comedy classic starring Stanley Holloway, Margaret Rutherford and Paul Dupuis. Just after the end of World War II, a document is uncovered at a bomb site and proves that Pimlico parish is, in fact, part of the French duchy of Burgundy. When British authorities try to regain control by blockading Pimlico's perimeter, the newly minted French citizens fight back.