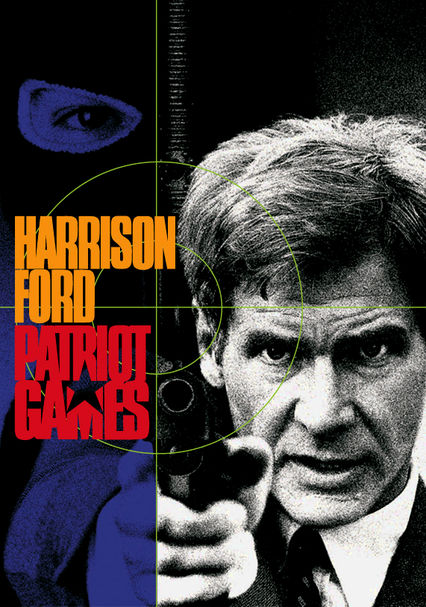 Parents need to know that Patriot Games is a spy thriller adapted from the Tom Clancy novel of the same name, and it's the sequel to The Hunt for Red October with different lead actors. It contains numerous scenes of violence and bloodshed, dozens of deaths, high peril, and frequent use of weapons, particularly assault rifles. It depicts multiple scenes of a pregnant mother and her child put in grave danger, including their injury and near-death. Language is an issue: Explicit profanity, such as "f--k," appears. Elsewhere, milder profanity and harsh, threatening language is used, from expressions such as "Jesus" and "bastard" to threats of "slit his throat" or "put a bullet in his head." There are several suggestive scenes but no nudity.

The movie has no nudity but has one sexually suggestive scene wherein a woman in lingerie licks a man in only underwear up and down his chest while they're in bed. They roll on the bed briefly. In another scene, a man and woman kiss while in bed, with her in modest lingerie and he in a shirt and boxer shorts. A couple kiss briefly in a car. While monitoring a satellite feed to identify a terrorist, a man zooms in a woman's chest (in a tank top) and says, "T-ts."

The film contains numerous scenes of graphic, often bloody violence, several of which involve the injury or peril of a child, and some three dozen deaths are shown explicitly. Several people are shot in the head, or otherwise at close range, with numerous bodies shown being shot full of bullets and bleeding profusely. Many scenes involve the brandishing of assault rifles. There are fistfights and shoot-outs between governments and terrorist groups. In one scene, a team of government agents is shown watching the killing of a terrorist training group by satellite. There also are numerous explosions and bombings of buildings, cars, and a boat. In one particularly graphic scene, a pregnant mother and child are shot at while they're driving and then shown crashing into a guard rail, with subsequent scenes of them in the hospital in unknown conditions. In another, a man is impaled. There also are a few high-speed car or boat chases that involve frequent firing of assault weapons, sometimes ending in crashes and explosions.

Explicit profanity such as "f--k" or "f--k the bloody IRA" is used occasionally. Elsewhere, milder profanity and harsh, threatening language is used, from expressions such as "Jesus" or "bastard" to threats of "slit his throat" or "I will f--king destroy you" or "put a bullet in his head."

Patriot Games offers positive messages about family, loyalty, sacrifice, and the risks we take for those we love.

Very casual smoking is shown in multiple scenes such as work settings, bars, or at home. In a handful of scenes, adults drink wine or champagne to celebrate. In one scene, men drink at a bar. No one is shown drunk.