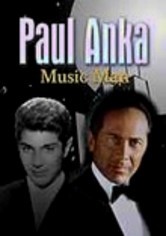 2001 NR 1h 0m DVD
From teen idol to mature songwriter and performer, Paul Anka's career evolution is chronicled here through rare film clips of his performances and interviews with friends and colleagues. With hit singles such as "Diana," "Lonely Boy," "Puppy Love" and "Put Your Head on My Shoulder," as well as songs of his own composition (including "She's a Lady" and "My Way"), Anka became the first artist to have a Top Ten hit in five consecutive decades.