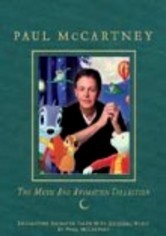 2004 NR 0h 43m DVD
Ex-Beatle bassist Paul McCartney's legendary songs get the "animated" treatment in this unique film narrated by Dustin Hoffman. Sir Paul has produced hit pop songs for decades (as a Beatle and leader of his own band, Wings, in the 1970s); here, his most memorable songs provide a backdrop to such children's tales as "Tropic Island Hum," "Tuesday" and "Rupert and the Frog Song."