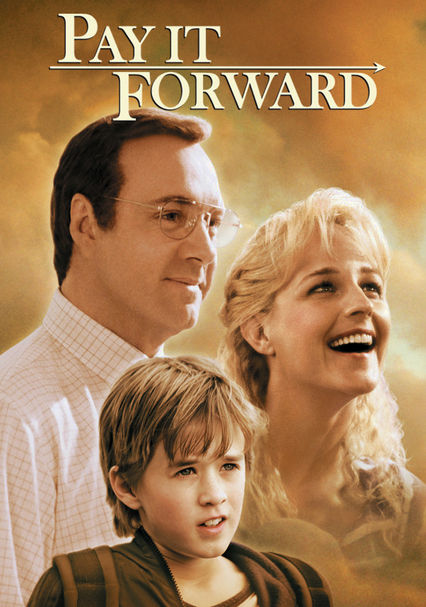 2000 PG-13 2h 3m DVD
In this gentle drama from director Mimi Leder, young Trevor McKinney (Haley Joel Osment) responds to a school assignment with a plan to help three people who will, in turn, help three more, and so on, in an ever-widening circle. But Trevor touches more people than he expected, including his abused mother (Helen Hunt), his physically and emotionally scarred teacher (Kevin Spacey) and a journalist (Jay Mohr) who's investigating the plan.

Parents need to know that this movie has some strong language, and characters abuse alcohol and drugs, including heroin and marijuana. There are references to the most severe domestic abuse. There are some fights, one resulting in mortal injury. A character attempts suicide. Another shoots his gun, though no one is injured. A character dies tragically. There are sexual references and a discreet sexual situation. A character's burn scars may be upsetting. Pre-teens and teens may be especially concerned by the violence that occurs at a school, despite the metal-detectors kids walk through as they enter.