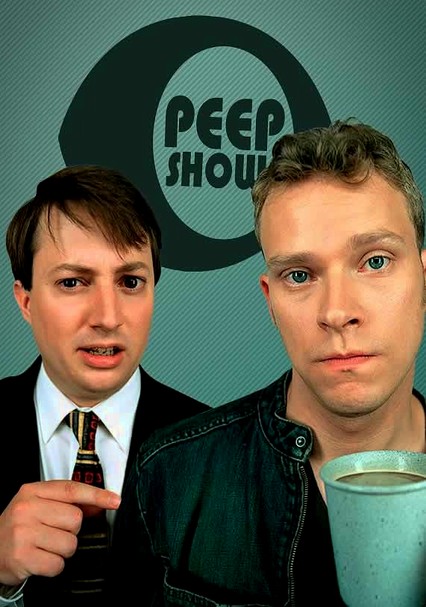 2003 NR 1 season
Thrown out by his girlfriend, slacker Jeremy takes up residence with his friend Mark, who has a very different -- but still dysfunctional -- view of the world. They come to rely on each other as they deal with their immature fantasies about women.

Thrown out by his girlfriend, big dreamer and insufferable slacker Jeremy takes up residence with his socially awkward old friend Mark, who has a completely different -- but equally dysfunctional -- worldview, especially with regards to women.

Parents need to know that simulated sex and strong language are rampant throughout this adult-oriented British comedy. Very little is off-limits here; in one episode alone there were scenes involving same-sex kissing, orgasms, an orgy, a man's barely hidden erection, and a woman in a revealing bra. Because dialogue includes the inner thoughts of the two main male characters, viewers are often exposed to their superficial and socially desperate feelings. While it's clearly not a good choice for all but the most mature teens, adults may enjoy the slightly jaded view of the guys' very different approaches to romantic endeavors.

In one scene, a man's internal thoughts mention bringing a gun to work.

Casual sex and blatant disregard for the feelings of others is rampant. One character has little drive in life other than to have lots of sex. Another taps in to a woman's e-mail account to monitor what she's saying about him and find out who else she might like. In one scene, a woman makes a man put on make-up to look black for sexual play.