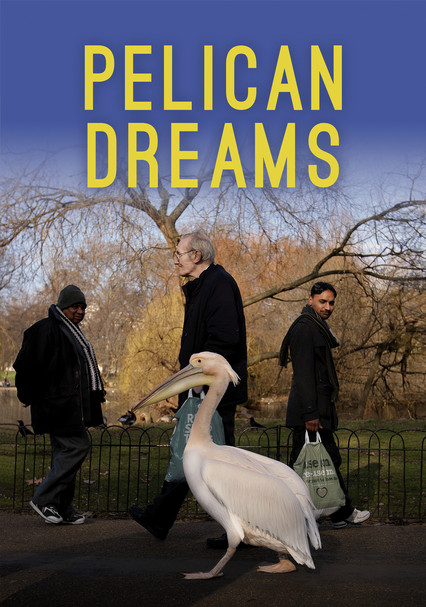 2014 G 1h 19m DVD
This engaging documentary chronicles the journey of a California pelican named Gigi, who starts a new life at a seabird rescue facility after landing in the middle of the Golden Gate Bridge, causing a major traffic tie-up.

Parents need to know that Pelican Dreams, a documentary centered on the California coast, provides a gently educational look at a unique species of bird. Filmmaker and narrator Judy Irving takes her time to present an in-depth picture of pelicans in general and focuses on the plight of two at-risk birds who need help from their human planet-mates. Audiences will come to know and root for "Gigi" and "Morro" while admiring a number of devoted and talented people who have made bird survival their life's work. As in any careful depiction of the natural world, a few moments of sadness occur, both in the narration and on camera. Some baby chicks don't survive their first hours; predators threaten. Though the arc of the two vulnerable birds provides the drama, there's little plot, so the film may not hold the interest of very young kids or those who might not respond to a slow-paced, simple tale set in the natural world. For audiences who engage, however, pelicans will emerge as another wondrous example of life's diversity, with distinct personalities, strong survival mechanisms, and miraculous resilience.

Part of the story concerns birds who have been injured or rendered flightless by either natural or human-caused events (for example, an oil spill). Some of the newly hatched pelicans do not survive; their lifeless bodies are visible, and the narrator explains why they've died. Opening sequence shows a frightened wild bird on the Golden Gate Bridge as officials try to rescue her; she is ultimately saved, but there are a few tense moments.

Reinforces the miraculous nature of birds, the importance of protecting the natural habitats of distinctive creatures, and the devotion of some humans to the rehabilitation of damaged birds and animals. Shows how each living being is deserving of respect, attention, and loving care. Promotes the interrelatedness of species and the value of each of them. Emphasizes the dangers of human intrusion on nature and the devastating effects of climate change and pollution.