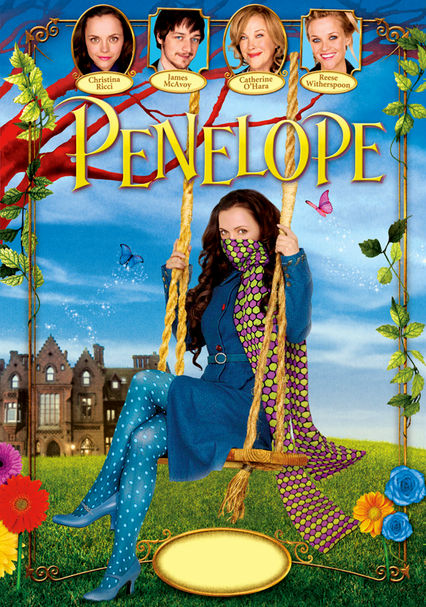 2006 PG 1h 29m DVD
In this modern-day fairy tale, a young woman cursed with the nose of a pig lives her entire life in seclusion -- until an unlikely beau stumbles onto the scene and convinces her to celebrate her inner beauty.

Parents need to know that this fairy-tale-like film has a lot of heart. There's not much iffy content (a bit of drinking and innuendo is the bulk of it), and the main character is devoted to discovering her own identity and making peace with her circumstances, though it's sometimes hard for her to overcome her shame. Her parents -- especially her mother -- can't seem to accept her as she is, which could be upsetting for some younger viewers. But in the end (naturally), everything wraps up nicely.

Lots of romance, but no sex (at least none shown). Some innuendo and kissing.

Men are cruel to Penelope when they see her face to face, and a guard has to tackle some of the suitors who run away. Max has a screaming fight with Lemon, who, in an earlier scene, gets injured for being too zealous at his scandal-seeking job.

Men -- and most of society, for that matter -- shun a woman for looking different. A man lies to get the chance to make money to pay gambling debts. A reporter devotes himself to digging up dirt that destroys a family. A main character runs away, hurting those left behind. A mother fixates on her daughter's looks. All of that said, though, the film has lots of heart.

Some beer drinking in a bar (Penelope has her first taste and enjoys it) and elsewhere. Incidental smoking.