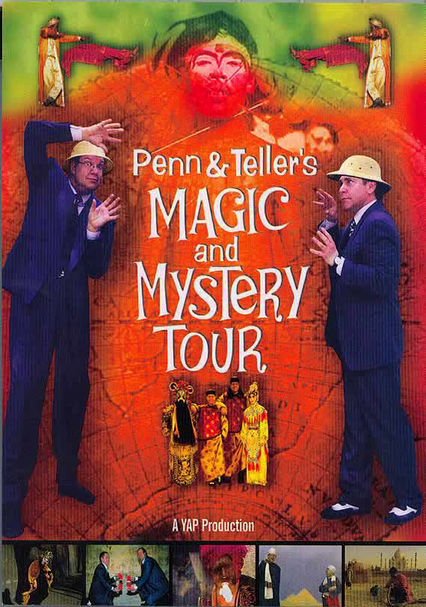 2003 NR 2h 30m DVD
Joined by director Ric Esther Bienstock, master prestidigitation team Penn Jillette and Teller trek around the world to determine the origins of magic and examine how the art form has influenced and been changed by different traditions and cultures. The pair analyzes routines from far-flung places across the globe such as India and Egypt, at once wowed by the tricks and, as befitting renowned magicians, taking notes for future performances.