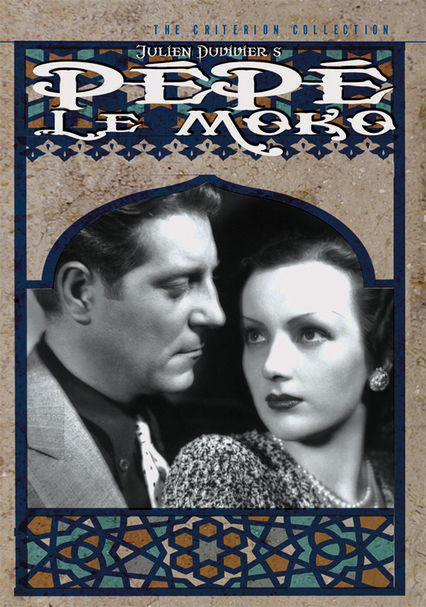 1937 NR 1h 34m DVD
The notorious Pepe le Moko (Jean Gabin) is a wanted man: rivals hope to destroy him, and the law is breathing down his neck at every turn. On the lam in the labyrinthine Casbah of Algiers, Pepe thinks he's safe from the clutches of the police. That is, until a beautiful Parisian compels him to risk his life and leave the Casbah once and for all. Based on Henri La Barthe's novel, this 1937 film was remade in America in 1938 and retitled Algiers.