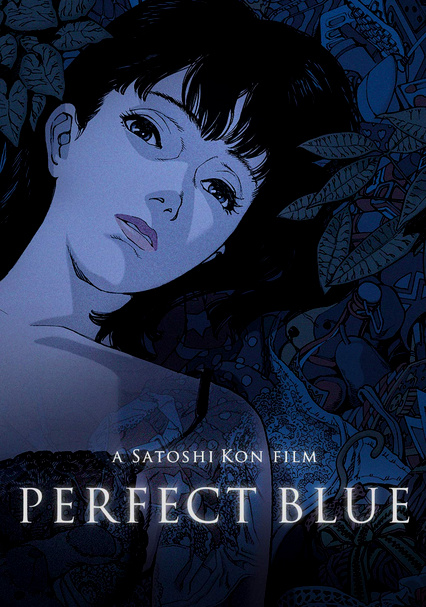 1998 R 1h 22m Blu-ray / DVD
Perfect Blue follows singer turned actress Mima Kirigoe, who transforms herself into a sexually charged character on a controversial TV series. Her fans revolt -- some even threaten her life. When those involved in her new career are murdered, Mima is driven to paranoia. Will she be next? This unusual flick may be one of the most emotionally evocative thrillers ever animated.

Parents need to know that this animated thriller may look like a Sailor Moon episode, but it has serious violence and death, with the recurring images of stabbing-victims with their eyes gouged out. The girlish heroine strips down to panties for a sexy photo shoot and is also semi-topless during a maniac attack. Swearing (in the English-dubbed version) includes the F-word but isn't constant.

Mima is bare-breasted in an attack that rips her shirt open. She's also topless in a photo shoot/magazine layout. A model's corpse (in a TV drama) is wearing only shoes, panties, and blood.

Gruesome murders and attacks emphasize knives and stilettoes, with eyes stabbed/gouged out. A beating, with blood drawn. Falls and near-deaths from road accidents. A character left bloody by a letter bomb. Mima cuts herself on broken glass to see if she's real or not.

What there is of a lesson is the downside of fame and exploitation. Along the way, Mima learns to get a grasp on her sense of identity as a music/movie superstar, via threats of death.