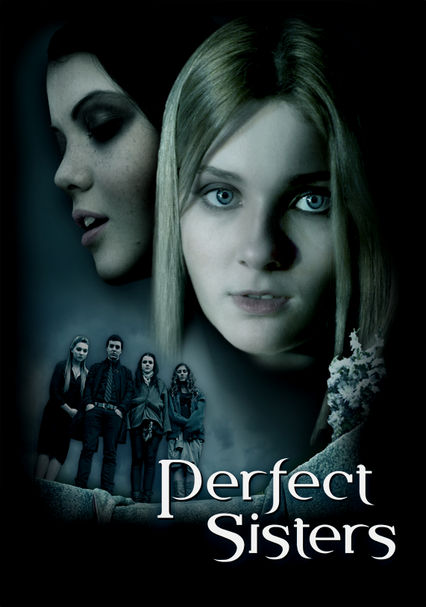 2014 NR 1h 40m DVD
Based on a true-life episode, this compelling crime drama depicts the murder of an alcoholic mother at the hands of her teenage daughters. While the death is initially ruled accidental, the sisters soon make the mistake of confiding in their friends.

Parents need to know that Perfect Sisters is a 2014 based-on-actual-events movie about two teenage sisters who murder their alcoholic mother. The events leading up to the murder are shown in graphic-enough detail: The mother is an alcoholic frequently shown drunk at all hours of the day; her latest in a string of abusive boyfriends is shown slapping her son hard in the face and also making strong sexual advances toward one of the girls; and the girls are free to go out at all hours of the night, going to parties where they drink alcohol and smoke marijuana. To kill their mother, the girls are shown giving their mother vodka and pills, then taking her into the tub and drowning her. Also, there is a quirky dark-humored sequence entitled "How to Kill Your Mother" in which different ways of killing one's mother are discussed. The teen girls walk in on their mom almost having sex with her boyfriend in the living room. A young boy is shown playing with his mother's vibrator like it's a child's toy while she sits next to him intoxicated. Frequent profanity: "f--k," "s--t," "p---y," "slut bag."

Two teenage girls kill their mother by getting her drunk on vodka while feeding her pills before drowning her in a bathtub. The mother's boyfriend slaps her young son hard in the face, knocking him over and making him cry. A teenage girl attempts suicide by overdosing on pills; her sister rescues her by putting her fingers down the girl's throat until she vomits. In the middle of the movie is a sequence called "How to Kill Your Mother," in which different methods of murder are discussed.

As it's a movie about two teenage sisters who murder their alcoholic mother, there isn't much in the way of positive messages.

Teen girls drink, smoke marijuana, and abuse pills. Their mother is frequently shown drunk, unable to walk, slurring her speech. Her boyfriend also is frequently drunk, causing him to be physically abusive to the mother and her young son, as well as making sexual advances to one of her teen daughters. Teenage party scenes in which teens drink beer and shots, act drunk, play drinking games, and smoke marijuana.