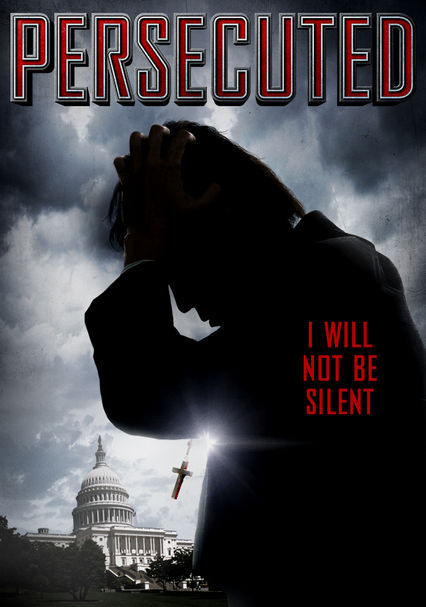 2014 PG-13 1h 31m Blu-ray / DVD
Framed for the killing of a young girl after refusing to endorse religious reform in America, evangelist John Luther sets out to prove his innocence. In the process, he uncovers a sinister crusade to persecute Christians throughout the nation.

Parents need to know that Persecuted is a faith-based thriller about wrongful accusation. There's some violence against women: A young woman is hired to pose for fake photos as part of a plot to set up a respected evangelist, pretending to have sex with him (nothing graphic is shown), and is then murdered. Later it's reported that she was raped. The main character is drugged and beaten up and spends a large portion of the film with bloody cuts on his face. A man is shot through the temple, and the movie climaxes in a chase and shootout, with many minor characters killed. The main character is said to be a recovered alcoholic and drug addict. Other characters are seen drinking champagne and smoking cigars. Language isn't an issue.

The bad guys want to set up the hero with fake sex photos. The man is drugged, and a woman is paid to look as if she's engaging in sexual acts with him. Photos are taken as she pretends to be with him. The woman says, "you're a bad boy" during this time. No nudity or anything graphic is shown.

A young woman is murdered, and subsequent news reports mention that she was raped. The movie ends with a chase and shootout, and minor characters are shot and killed. A man is shot through the temple, with blood shown. The main character is stabbed (either with a knife or a hypodermic needle; it's hard to see). He's beat up and spends much of the movie with bloody wounds on his face. There's a car chase and car crash. A woman is slapped in the face.

Though not entirely clear, the movie seems to be arguing that one religion is better/purer than all the others and that the people who wish for total religious freedom are corrupt, greedy, and worse.

The main character is said to be a reformed alcoholic and drug addict; he never relapses onscreen, though characters bring it up. A man is seen drinking champagne, and another man smokes a cigar.