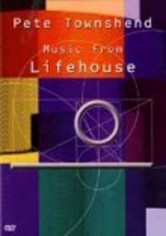 2002 NR 1h 41m DVD
Recorded in London, this live 2000 concert showcases Pete Townshend, legendary guitarist of the Who, performing music from his experimental piece "Lifehouse," which he began composing in the early 1970s and spent almost 30 years trying to complete. Townshend's pet project was born out of his belief that mankind has lost touch with spirituality and neglected social contact with the advent of technology.