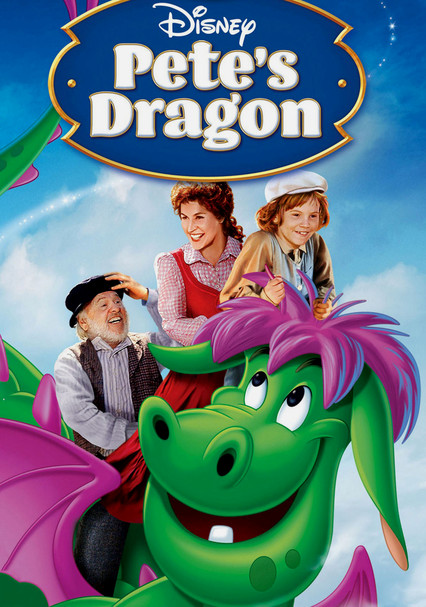 Parents need to know that several characters in this movie get quite drunk. There are some fight scenes (though they are mild) and a scene of a teacher hitting a student.

Comical roughhousing, as Elliott (sometimes visible, sometimes not), knocks villains around -- usually into the water -- with his tail, or the bad guys get caught up in their own snares. A few "comical" songs in which the villains sing about either cutting up Elliott for medicinal ingredients or abusing/killing young Pete (roasting the boy "gently" on a BBQ, for instance).

Though the heavy drinking does seem to put a weird stagger on the material, most of this is Disney-safe, with the message about holding out hope and maintaining childlike innocence and optimism. Expectedly, most grownups, except the villains, don't believe that Pete actually has a dragon, and adult-authority figures tend to be buffoons.

Was the sequel called Pete's Alcoholics Anonymous Meetings? Extravagant drinking imagery pervades, with Mickey Rooney's grandfatherly character as the town drunk. Other characters are repeatedly shown drinking or talking about drinking. Elliott the dragon himself imbibes of a flask. One guy, when he says he's witnessed a dragon, is accused of being drunk -- and advised to have a drink and get over it (!?). Raucous musical number in a saloon featuring rolling barrels and a final shower of beer suds (predicting the "foam parties" that would be popular with youth decades later).