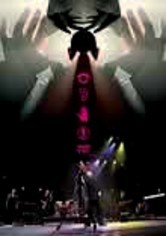 2002 NR 2 discs
Peter Gabriel reunites with award-winning director Hamish Hamilton for a stripped-down follow-up performance to his 2003 "Growing Up" tour. Tracks include "Passion: The Feeling Begins," "Red Rain," "Secret World," "White Ashes," "Games Without Frontiers," "Burn You Up," "The Tower That Ate People," "Digging in the Dirt," "Come Talk to Me," "Biko" and "In Your Eyes," plus a bonus documentary filmed by Gabriel's daughter, Anna.