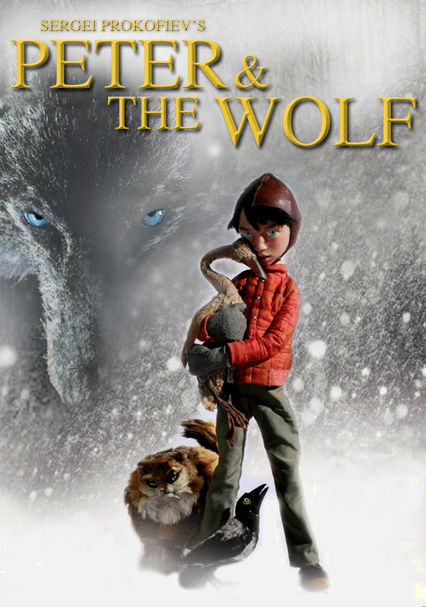 2006 NR 0h 32m DVD
When a wolf threatens the safety of a tiny Russian village, young outcast Peter -- whose only friend is a duck -- becomes an unlikely hero in this masterful, dialogue-free adventure set to Sergei Prokofiev's classic 1936 score.

Parents need to know that this award-winning animated short is 34 minutes long and narration-free. It's a bleaker more artistic take on the classic tale and so better enjoyed by tweens and up. Set in modern-day Russia, Peter is shown as a poor loner who gets bullied by hunters who point a gun at him and throw him in a Dumpster. Of course when the wolf shows up, as the story goes, the duck gets eaten. It's even sadder here because the duck is one of Peter's only friends. In the end though, the focus is on forgiveness and understanding.

Peter is bullied by some hunters. They throw him in a Dumpster and point a gun at him; later they shoot a hole through the cat's ear. Grandpa has a gun. The wolf terrorizes all of Peter's animal friends, finally eating the duck in two gulps in front of a horrified Peter. Peter ties a rope to the wolf's tail and uses a tree branch as a pulley to hold him there; his face gets a slash.

There's an added element to this version that deals with forgiveness and understanding.

One of the hunters smokes.