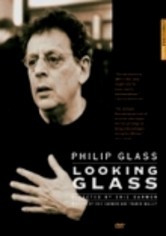 2005 NR 1h 42m DVD
Influential American composer Philip Glass discusses his remarkable career in this insightful documentary. Filmmakers follow Glass from New York to London and from Paris to Boston as he speaks about his early Parisian days as a musician under Nadia Boulanger's tutelage and his inspirational and life-changing meetings with Ravi Shankar and director Robert Wilson. The film also captures Glass as he polishes up his opera "The Sound of a Voice."