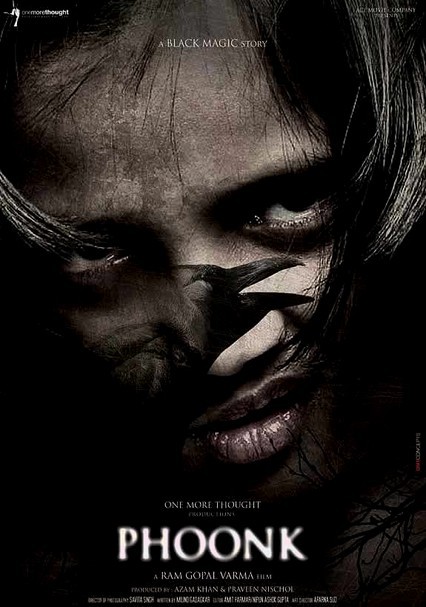 2008 NR 1h 54m DVD
After firing a fraudulent team of husband-and-wife contractors, an atheist engineer named Rajeev (Sudeep) must reexamine his beliefs when the warped pair seeks revenge on their boss by casting a black-magic spell on Rajeev's daughter Raksha (Ahsaas Channa). Soon, Raksha's body is taken over by an evil spirit, which plunges the whole family into new depths of fright in this nail-biter from Indian horror director Ram Gopal Varma.