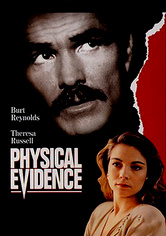 1989 R 1h 39m DVD
After a drunken binge, detective Joe Paris (Burt Reynolds) awakens one morning to find he's been suspended from the force and accused of murder. To clears his name, he must join forces with his inexperienced court-appointed attorney, Jenny Hudson (Theresa Russell), to assemble the pieces of a deadly puzzle and find the missing link before time runs out. Ned Beatty, Kay Lenx and Ted McGinley co-star. Directed by Michael Crichton.