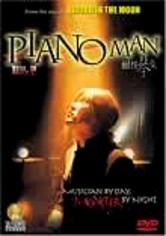 1996 NR 2h 0m DVD
A killer's on the loose carving up the bodies of his victims, sending the police into a tailspin. Veteran cops Song Mi-ran (Lee Seung-yeon) and Yang (Park Cheol) are put on the case, and immediately, they find themselves barely able to tread water. Still, they forge ahead, and even Yang's son, Jin-woo (Hong Kyeong-in), is pulled in by the challenge of finding the murderer. When Yang fails to do his job one day, Jin-woo steps in to fill the void.