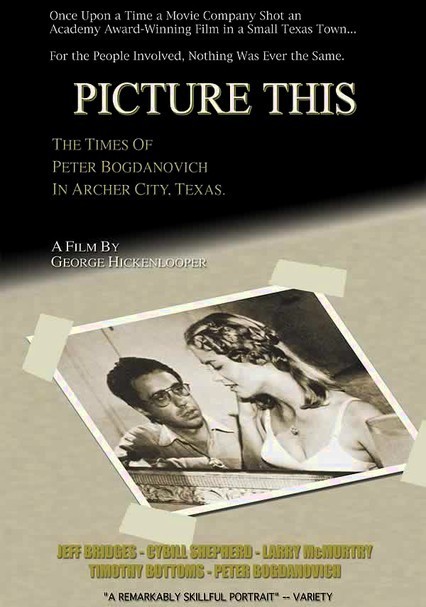 1991 NR 1h 35m DVD
Director George Hickenlooper's award-winning documentary about the making of The Last Picture Show (director Peter Bogdanovich's 1970s classic) ultimately turned the lives of those involved upside down. The movie follows Bogdanovich to Texas, where he reflects on the demise of his marriage, his affair with star Cybill Shepherd and the murder of his girlfriend, &NFiPlayboy&NFi_; playmate Dorothy Stratten -- among other traumas.