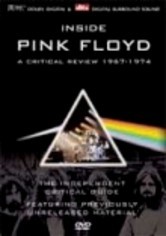 2004 NR 1h 0m DVD
From Pink Floyd's early album "Piper at the Gates of Dawn" to their groundbreaking later work "Dark Side of the Moon," this film provides a detailed review of the band's history, performances, albums and films. Comments by critics and band members reveal the ups and downs of Pink Floyd, and concert footage (some of it rare and previously unreleased), television interviews, studio sessions and interviews document the band's history.