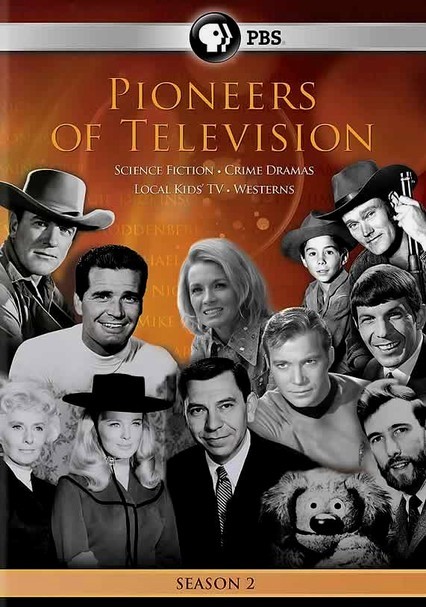 2008 NR 1 season
PBS's documentary series traces the evolution of television, from comics such as Jackie Gleason to the 1950s Western craze and cult sci-fi dramas of the 1960s, with rare clips and interviews offering illuminating highlights of the creative process.

From Jack Paar to Jackie Gleason, Carol Burnett to Andy Griffith, a who's who of small-screen innovators turn in appearances in PBS's celebratory examination of American television's groundbreaking years. The four-part documentary homes in on the building blocks of network programming -- late night, variety, sitcoms and game shows -- revisiting classic skits and archival clips while furnishing hindsight from Dick Cavett, Marlo Thomas and more.

Parents need to know that Pioneers of Television is a documentary series focusing on the history and contributions of TV in the United States. It's informative and entertaining but occasionally features some iffy themes, including infidelity, addiction, and death. Featured TV segments sometimes show folks arguing and slapping each other, standing in their underwear, in bed with a partner, and drinking, smoking, and popping pills. There's also some cursing ("hell," "piss," "s--t"), too. It may be too much for tweens, but teens interested in this sort of thing should be able to handle it.

Discussions about gender and sexuality, particularly relating to how women equate sex with power and liberation. Marriage, pregnancy, infidelity, and related themes also are featured. Characters are sometimes shown in their underwear or in various stages of undress and in bed with a partner.

The series highlights the history and contributions TV has made to the political, economic, and social landscape of the U.S. and vice versa. Featured themes include diversity, empowerment, and major entertaining TV moments.

Some TV characters are alcoholics, addicts, and dealers; some scenes of folks popping pills, smoking, and drinking. Writers discuss how these characters reflect their own experiences.