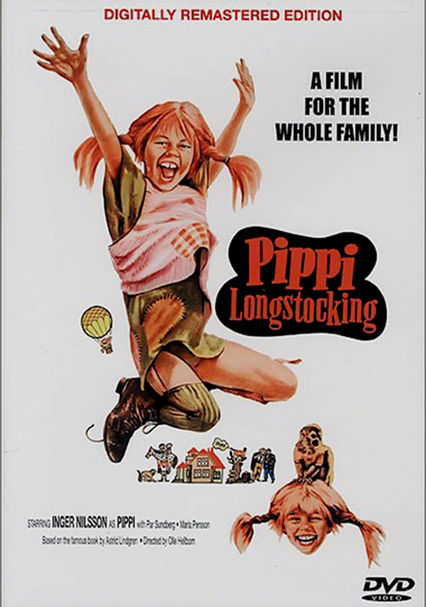 1969 G 1h 30m DVD
The first in a line of four Pippi Longstocking films follows the precocious red-haired girl (Inger Nilsson) as she takes over an abandoned house called Villa Villekulla, moving in with her horse and pet monkey, Mr. Nilsson. None of the neighbors know what to make of it -- especially Tommy (Pär Sundberg) and Annika (Maria Persson), the children who live next door. But the trio soon forms a fast friendship, and the good times begin!