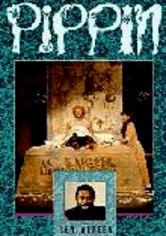 1981 NR 1h 55m DVD
Based on Bob Fosse's hit Broadway production of "Pippin," William Katt stars in the title role of this fictional story that relates the adventures of Charlemagne's son as he embarks on a quest to find the meaning of life and discover his true self. This filmed version of the original 1972 musical was created specifically for television. Ben Vereen appears in his Tony Award-winning role as the Leading Player.