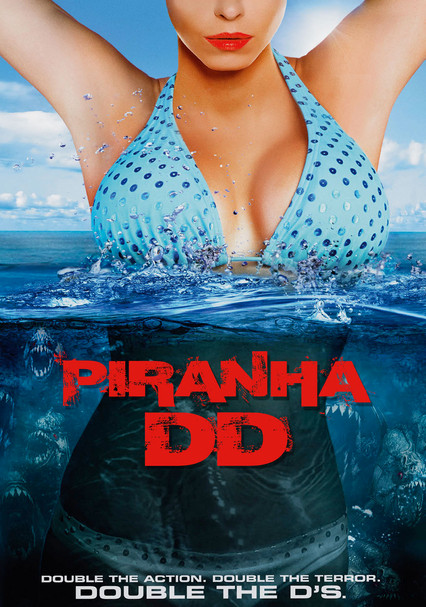 Parents need to know that Piranha 3DD is a sequel to 2010's surprisingly successful (and entertaining, in a very over-the-top way) Piranha 3D, which was itself a remake of a 1978 movie. While this one unfortunately lacks whatever made the previous movie work, it's just as packed with strong violence, including lots of blood, severed limbs, and even a severed penis. It also features heavy nudity, sexual innuendo, and some sex. Language is also very strong, with many uses of "f--k" and "s--t," as well as beer drinking and pot smoking. Older teens may be drawn to the movie for the promise of nudity implied in the title -- and it's available on demand. Parents, beware.

Many topless women are shown, mostly swimming or lounging around a pool. In one shot, a piranha attacks a topless woman's chest. There's a sex scene between a young man and a young woman, though very little is shown. The scene is fairly intense but is interrupted by a piranha attack. A man is shown pleasuring himself, involving a water jet, in a swimming pool (nothing explicit shown). Also heavy innuendo, flirting, foreplay, suggestive dancing, and gratuitous bikini shots.

Many scenes of bloody mayhem, with lots of scary piranha attacks and many gallons of blood, mostly shown swirling around in water. Viewers see severed limbs and heads, as well as bloody stumps and bloody skeletons, and even a bloody, severed penis. In a very disturbing scene, a piranha is shown sticking out of a fat man's naked bottom. One of the piranhas' victims is a young boy.

Greed, corruption, and exploitation are punished in terrible ways, while good characters survive.

The young people in the movie -- who are presumably of legal drinking age -- are shown drinking beer and smoking pot in a few early scenes. A character takes a puff from a joint in a later scene as well (before using it to ignite an explosive).