Pixies: Club Date: Live at the Paradise in Boston 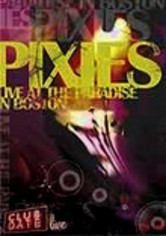 Pixies: Club Date: Live at the Paradise in Boston

2006 NR 1h 50m DVD
After a 10-year break, alternative rock pioneers The Pixies reunited for a U.S. tour in 2004, with a hometown stop at Boston's The Paradise. The intimate show features a 29-song set of classic singles and fan favorites. One of the most influential bands of their time, The Pixies bring the house down with this 80-minute performance that includes tracks such as "Monkey Gone to Heaven," "Wave of Mutilation," "Bone Machine" and "U-Mass."