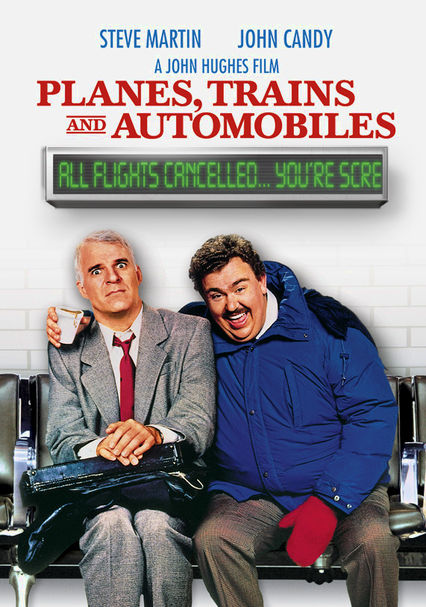 1987 R 1h 32m Blu-ray / DVD
While trying to get home to his family in Chicago for Thanksgiving, marketing executive Neal Page runs into one disaster after another -- which includes being stuck with insufferable salesman Del Griffith as his unshakable traveling companion.

Parents need to know that the consistent use of profanity in this movie may override its many humorous scenes, and as such, may not be appropriate for preteens and younger kids. In one scene that adults may find funny, an irate Steve Martin employs "f--k" repeatedly while arguing with a rental car agent; in another, Candy jokes about picking up pick-up sticks with his "butt cheeks." At the same time, the film does impart a few moral lessons, such as the value of family and not judging a character by his first impression. Teens should be fine watching this film, but they should probably do so with an adult.

None (aside from car crashes).