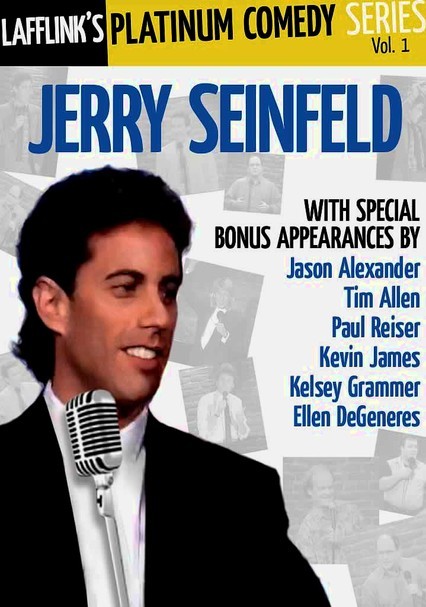 2009 NR 1h 0m DVD
Before he hit megastardom with the hit show "Seinfeld" and phrases such as "the Soup Nazi" entered the common lexicon, Jerry Seinfeld was a hardworking comic making the rounds on the stand-up circuit. Catch some of his early material with this set. Also providing laughs in this comedy collection are fellow jokers Jason Alexander, Tim Allen, Paul Reiser, Kevin James, Kelsey Grammer and Ellen DeGeneres.