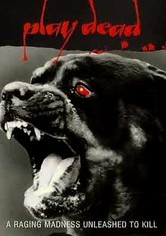 1985 NR 1h 26m DVD
Hester's (Yvonne De Carlo) true love jilts her to marry her sister, and years later, after both have died, Hester still harbors the hate. So, she plans on extracting her pound of flesh -- literally! -- from her sister and brother-in-law's child. Hester's instrument of vengeance? A 200-lb. rottweiler named Greta. Costars Stephanie Dunnam, David Cullinane and Glenn Kezer. Directed by Peter Wittman. From the Troma Team of psycho filmmakers.