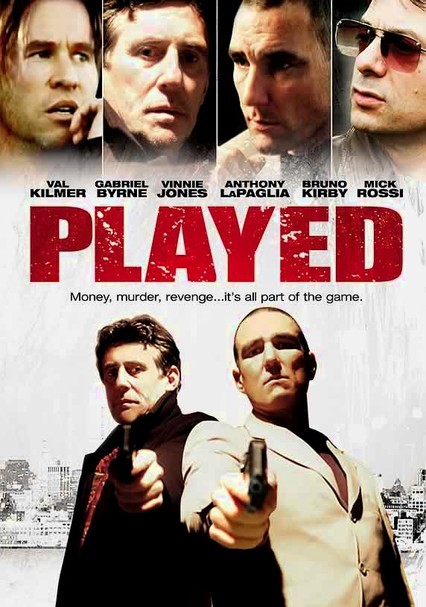 2006 R 1h 27m DVD
Eight years ago, a heist went south, and professional thief Ray Burns (Mick Rossi) was the only one to go to jail. Now that he's done his time, however, he's ready to settle the score -- turning his former partners into targets, one by one. Filmmaker Sean Stanek directs Gabriel Byrne, Val Kilmer, Patrick Bergin, Patsy Kensit, Vinnie Jones and Bruno Kirby (in his final film role) in this edgy thriller with a mostly improvised script.