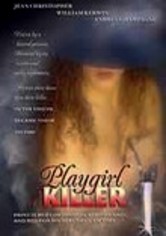 1968 NR 1h 25m DVD
Struggling artist Bill attempts to paint a Greek mythological masterpiece, but when his first model doesn't cooperate and won't sit still, he goes berserk and kills her with a speargun. Having acquired a taste for killing, he takes a job as a repairman at a mansion and begins piling up dead bodies. This 1960s film features a groovy musical score as well as wild costumes, furniture and behavior.