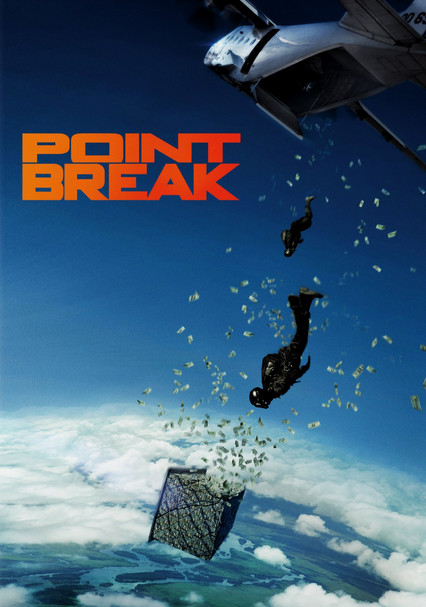 2015 PG-13 1h 54m Blu-ray / DVD
With the action set against the heart-pounding backdrop of extreme sports, this inspired reboot of the 1991 surf-and-suspense classic tracks a young undercover FBI agent as he works to foil the criminal plans of a band of ecocrusaders.

Parents need to know that Point Break is a remake of the 1991 movie of the same name -- and, like most remakes, it's not worth much. Some teens, especially extreme sports nuts, may be interested (especially given that this version is rated PG-13, as opposed to the original's R), but its shelf life is guaranteed to be fairly short. Expect tons of dangerous stunts (none of which should be attempted by non-professionals), with characters getting injured -- bloody faces are shown -- and dying. There's also fighting, shooting, car chases/crashes, and explosions. Characters kiss and have a brief sex scene; they're clearly topless, but nothing sensitive is shown. Many bikini-clad women are shown dancing at parties. Joints are briefly shown, several characters hold drinks at parties (though they're not shown drinking), and several characters smoke regular cigarettes. Language includes "s--t," "bulls---t," and "a--hole."

Kissing and brief sex scene; couple is shirtless (though nothing graphic is shown), and lying down together on a bed. Scantily clad women shown during party scenes. Brief sexual reference.

Buried in the plot are ideas about protecting -- and respecting -- the Earth and giving back as much as (or more than) we take from it. But these ideas come from the movie's bad guy, and his message is entwined with the idea that people must risk their lives via dangerous ordeals to "honor" nature.