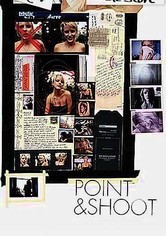 2004 NR 1h 23m DVD
Director Shawn Regruto also stars in this independent drama that was filmed largely from his point of view as a photographer who meets and falls in love with a beautiful model (Athena Currey) one night in New York City. Indeed, the cameras are everywhere. And as the couple's relationship progresses, the hip young urbanites have no qualms living their lives as if the lens were constantly aimed at them.