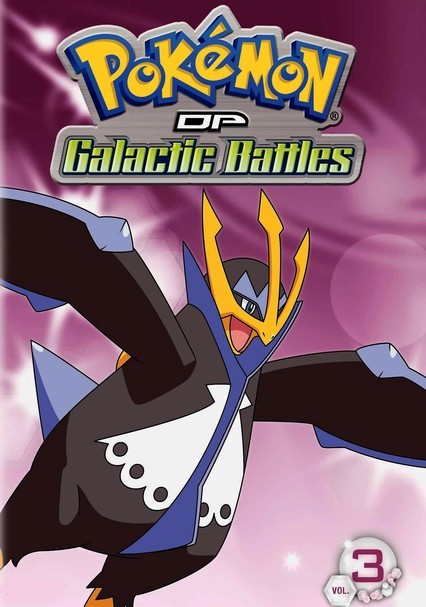 2011 NR 2h 30m DVD
The Pokémon friends face off against an evil force in the 12th season of the long-running anime series, in which Ash and Pikachu travel to the distant Sinnoh region and join forces with a trainer named Dawn to defeat the villainous Team Galactic. Ash, meanwhile, develops a heated rivalry with Paul that culminates in a full six-on-six battle, and the gang tries to protect the Pokémon from Team Galactic's mysterious schemes. Includes episodes 16-21.