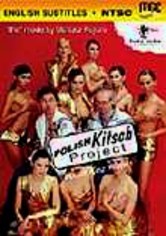 2004 NR 1h 7m DVD
This screwball comedy is a quasi-documentary about two hilarious con artists who fool beautiful actresses into thinking they're starring in a hit film. Far from being real directors, the two bumbling buddies are actually using a camera for the first time and have no idea how to operate it. Nonetheless, these two matchstick men manage to successfully extract money from naïve wanna-be actresses who'll do anything to be in a movie.