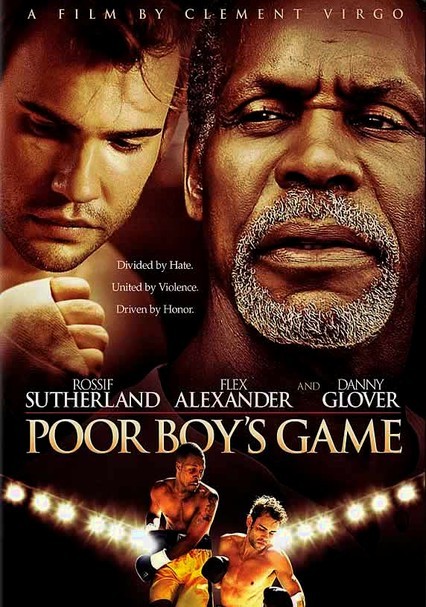 2007 R 1h 45m DVD
After serving a decade in prison for beating a young African-American boxer (K.C. Collins) nearly to death, Donnie Rose (Rossif Sutherland) finds himself a free man. Yet he remains imprisoned by his notorious reputation and persistent whispers that his crime was racially motivated. Complicating matters is the fact that the victim's father (Danny Glover) has vowed to seek revenge against the man who left his son severely brain-damaged.