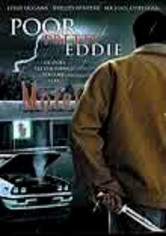 1975 R 1h 32m DVD
When her car breaks down in a small Southern town, an African-American jazz singer (Leslie Uggams) is at the mercy of a grotesque Elvis impersonator who holds her hostage and rapes her repeatedly. Her plight goes from bad to worse when she realizes that the racist locals couldn't care less -- and that her survival is in her own hands. Shelly Winters, Slim Pickens, Ted Cassidy and Dub Taylor co-star in this twisted exploitation drama.