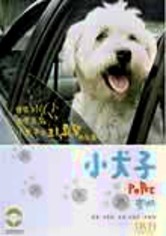 2002 NR 1h 30m DVD
This documentary-style film from Korean director Kim Su-Hyeon is as much about dogs as it is about the humans who love them. Shot to help the filmmaker cope with the unexpected death of his cherished 10-year-old pet, Popee, this series of interviews with a variety of (fictional but based on real) animal owners -- with just as many different kinds of pooches -- reveals why the "man's best friend" moniker is a universal truth.