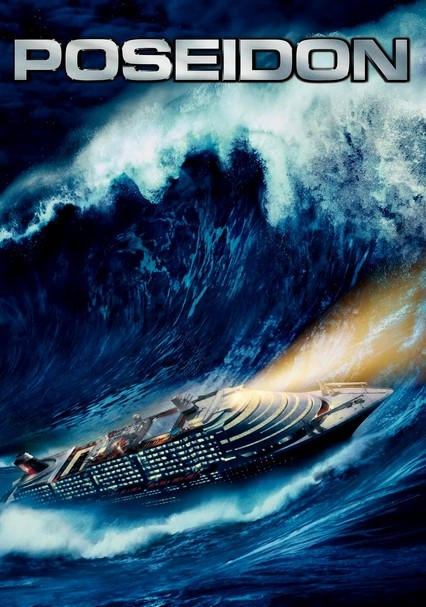 2006 PG-13 1h 38m DVD
Battling the elements once again, Wolfgang Petersen re-creates Ronald Neame's 1972 classic. A tidal wave spells disaster for a boatload of revelers when it capsizes the mammoth vessel, pitching the passengers into a desperate battle for survival.

Parents need to know that this movie begins with some family tension -- a single father and his teenage daughter clash over her boyfriend -- but as soon as the wave hits (some 10 minutes in), the brutal, often fatal, action is non-stop. So are the bodies: Broken, bloodied, and burned corpses appear every time the core group of survivors turns a corner. This group is beleaguered by fires, explosions, flooding/rushing water, and crashing architecture as they make their way to the surface. They teeter across hand-made bridges over dizzying heights, get locked in flooding rooms, fight with each other, and risk their lives for each other.

Some kissing and discussion of romance between primary couple; one character is gay (we hear about a boyfriend who left him).

Many dead bodies, in various states (bloody, burned, broken, sometimes in foregrounds of shots); several explosions on the ship; character pinned under scaffolding; several characters fall from frightening heights; blood indicates injuries (mouth, eye, face, limbs); characters are caught in an airshaft; characters drown repeatedly; man tries to throw oxygen tank out a vacuum-ish hole, resulting in much tension and loud slamming of his body against columns and walls.

Very mild language ("damn," You gotta couple a big ones").

Some characters are courageous and generous, saving others at great risk to themselves; others are plainly selfish and afraid; Dylan transitions from being selfish to selfless.

Characters smoke cigarettes at party, drink alcohol; nasty character drinks from flask and gets drunk during the escape.