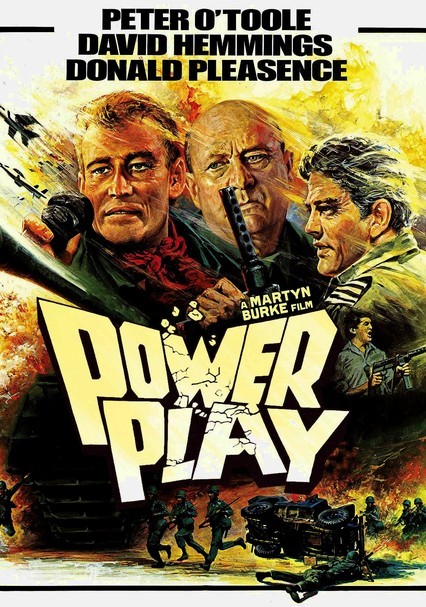 1978 NR 1h 42m DVD
After suffering at the hands of an oppressive regime for too long, a group of military officers -- led by Col. Narriman (David Hemmings) -- plans to overthrow the dictatorship, but Col. Zeller (Peter O'Toole) dislikes and distrusts the methods of his fellow revolutionaries. As the secret coup is planned, fears arise that a spy might be in the rebels' midst in this intriguing war thriller, based on Edward Luttwak's history book &NFiCoup d'État&NFi_;.