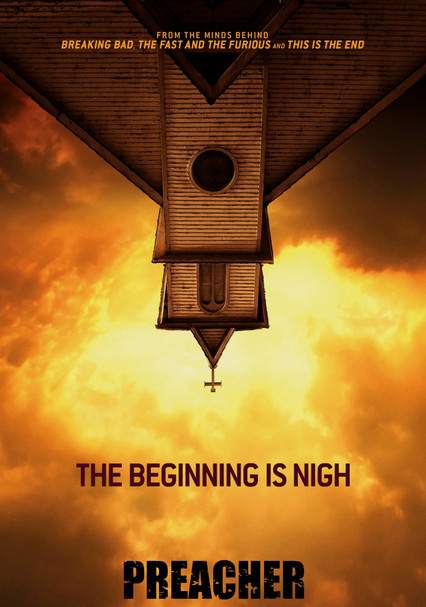 2016 TV-MA 3 seasons
When an unearthly entity possesses rural Texas preacher Jesse Custer -- empowering him to control people with his voice -- he sets out on a literal search for his Creator, aided by a former girlfriend and an elbow-bending vampire.

After a mysterious event destroys his church and wipes out his congregation, Texas preacher Jesse Custer is inhabited by an unearthly entity known as Genesis, giving him the power to bend others to his will through his voice.

Still on the road between heaven and hell -- and still trying to find God after discovering that the Texas man standing in for Him was a patsy -- Jesse, Tulip and Cassidy have new foes to contend with, including the mysterious Man in White.

Jesse Custer's quest for God takes him back to the place he's been avoiding his whole life: home. Jesse, Tulip, and Cassidy return to Angelville, the Louisiana Plantation where Jesse was raised, and find old grudges and deadly obligations await them. With the help of his friends -- and a few enemies -- Jesse will need to escape his past... because the future of the world depends on it.