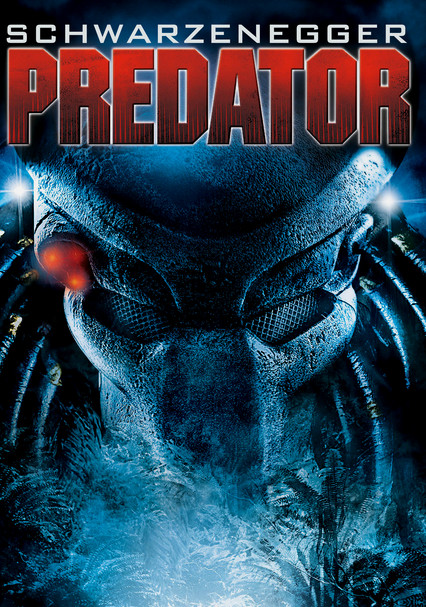 Parents need to know that this macho sci-fi action adventure has lots of bloody violence -- not to mention artillery and gun fetishism (although, in the end, it's the low-tech death traps that prove most effective...). The villain is a laser-wielding alien that cuts down many of the heavily armed heroes, leaving hideously skinned corpses in its wake. Lots of strong language; some drinking, smoking, and drug references. The lone female character doesn't get much to do compared to star Arnold Schwarzenegger and his fellow male soldiers.

High-powered artillery slaughter. People are riddled with big bullets from big guns, knifed, set on fire with grenades, and so on. Mayhem, pummeling, and stabbing is inflicted on the vicious alien as well. People are shot in the head or blasted through by alien beams. The Predator dismembers people (at a distance) and leaves hideously skinned human corpses.

Language includes "f--k," "bastard," "son of a bitch," "damn," and "bulls--t." One African-American character calls another the "N" word, and not in a remotely friendly fashion. Some swearing in Spanish.

Dutch says that he and his men are rescuers, not assassins, and he never seems to kill an "innocent" person. But it's hard to tell the difference with his weapons-happy (albeit diverse) team of bruisers. A U.S. Army commander turns out to be dishonest. The men are stereotypically hyper-macho characters right out of Soldier of Fortune; the only female character (a communist guerilla survivor) isn't given much to do.